Of all covering materials for sloped roofs, slate perhaps has the most impressive resume. In the past, it was a well-received product, but the advent of economical alternatives has affected the popularity of slate today. But nothing changes the fact that it leads the pack in longevity, and guarantees head-turning curb appeal with minimal maintenance. 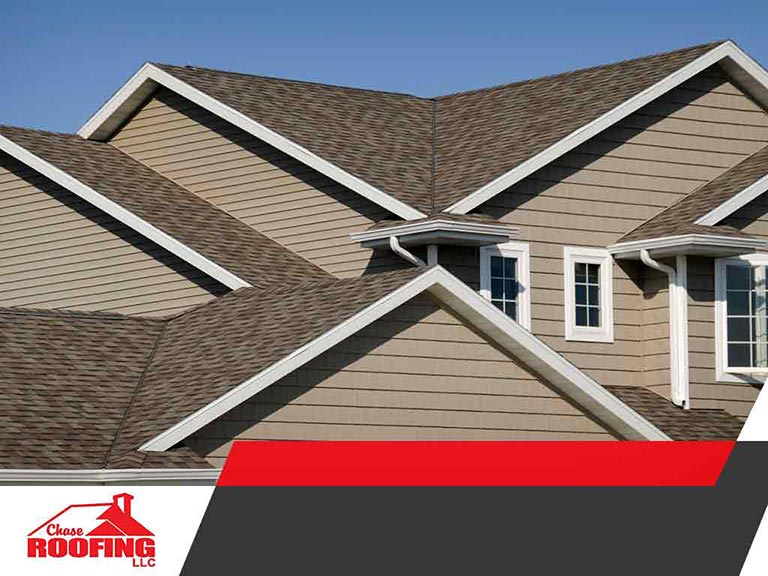 To truly appreciate this roofing material, read on as Chase Roofing shares some fascinating things to know about slate:

This natural stone is a product of millions of years of marine sediment buildup. However, not all places have the optimum conditions to form the raw ingredients into the kind of slate useful in exterior applications. In addition to clay and sand, among other things, heat and pressure are key building blocks in producing slate.

Slates Age (But Some Don’t Discolor)

Like other residential and commercial roofing materials, slate weathers too. But some aging slates aren’t subject to fading. Some quarries are known for colorfast stone, which retains its original appearance for a long period.

Endurance is synonymous with slate, but denser kinds are less porous. In other words, they don’t absorb moisture as much, allowing them to deteriorate far slower than those with lower density.

Traditionally installed slate roofs are notorious for wasting half of each tile as it’s tucked under another. While this material is generally considered sustainable and environment-friendly, utilizing only 50% of every slate for weather protection doesn’t sound efficient.

This is the reason we chose to offer GAF’s TruSlate® Premium Roofing System. It reduces your long-term roof repair costs (like traditionally installed slate roofs) but also minimizes waste. GAF replaces the hidden portion of each slate with a high-tech waterproofing material. In turn, it helps drive the cost down and combats moisture at the same time.

Is slate the right material for your sloped roof? Call Chase Roofing now at (757) 872-0700 to explore your best roofing options, and receive a free estimate in Hampton, VA, or any neighboring area.

Get Started On Your Project
Join Our Family Of Satisfied Customers!

We appreciate the time you’ve taken looking around our website and reading a bit about Chase Roofing LLC. We’d love to learn more about your project. Reach out today and we’ll set up a time to meet with you and provide a free, no-obligation quote.

Has the unexpected happened? Do you want to invest in improvements that will increase the value of your home or business now? At Chase Roofing LLC, we pride ourselves on affordable pricing but we understand that roofing can be expensive! That's why we offer a variety of financing options from GreenSky. There are many plans available, including no payment, no interest if paid within the promotional period. The application process is simple and can be completed on the spot. Apply today!

Get Inspired
View Our Latest Projects
Let's Start Building Your Next Project
Contact us Today!

Testimonials
What Our Customers Say
We had a wonderful experience with Chase Roofing. Todd, the salesman, answered all of our questions and was very patient with my non-construction brain. The crew did a fantastic job and our roof looks incredible. My yard was cleaned up as soon as they finished. I highly recommend chase roofing and especially working with Todd.
Debbie W. - | Williamsburg, VA
A positive roofing experience. Came out when they said they would. Did the good work they committed to. Clean up was perfect. I will hire them again.
S. M. - | Quinton, VA
This company is the best. Repaired and replaced an existing shoddy roof replacement job. and redid a flat roof over carport. Perfect work. Finished in one day and cleaned up perfectly. Very reasonable price, excellent work. Highly recommended!!!
The One W. - | Manassas, VA
View All Reviews
Top